I grew up with an understanding that men, naturally, were provocative, vulgar, and in the words of my mother, “nasty.” Men needed “men time”, away from women, where they could delve into beer-driven discussion about breast, p*ssys, sex, and all the other manly-man topics they otherwise could not talk about around women. Women were precious, even silly small-minded creatures that needed to be sheltered in their own place at the party or house gathering so that the handful of dirty cousins and uncles could pull up pictures of the latest Playboy cover girl, all the while complaining about their wive’s slacking in the bedroom now that they had kids. 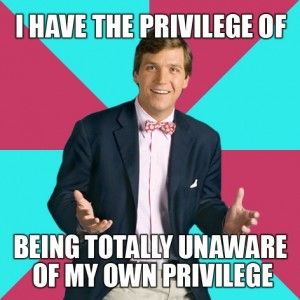 Perhaps my experiences with toxic masculinity are extreme. However, this type of “male” oriented “me-time” perpetrates and manifests itself in plenty of other ways.

Bro talk, lets call it, is the problematic verbiage between men that facilitates an environment of toxic masculinity, objectification of women, and the further inequality between genders.

Years ago, before the progressive liberation of a woman’s duty in the ‘home’, women and children were not allowed in the same room, let alone in the same discussion with men at the table or home. This was a time for men to be men, to smoke cigars and drink and to use provocative language- all things much to dangerous for the frail woman’s ear, obviously.

Women in many ways have successfully cut ties from the traditional house wife image. We are fantastically powerful figures in education, politics, science, technology, and overall a powerful force in society. However, the issue of being systematically suppressed from the conversations of men has yet to resolve. Women still suffer from patriarchal objectification, humiliation, disrespect and disconcert.

Lets discuss some examples, shall we?

Some male friends are at a bar drinking after work. All of these men are in monogamous marriages. Throughout the night, the men continuously comment on the sexiness of certain waitresses, flirting with young women at the bar, and very obviously stare at women’s breasts and admire the tight clothing of the women around. These men go home to their wives and see no problem with anything they said or did.

I don’t know about you, but that shit is pretty fucking problematic to me. Putting on a face in front of your wife or girlfriend (or, hello, your DAUGHTERS or MOTHERS or female family and friends!!) and then completely disrespecting women simply trying to LIVE when you’re with your buddies is not only profane, but completely fucking disguisting.

You think a girl is pretty? Fine. Congratulations for being a human. Your best bet is to probably sit your ass down and not say shit, though, if your way of expressing attraction is through objectifying a woman’s body and sexuality. And for the love of all things holy, if you are in a mutually-monogamous relationship, you commenting pervertedly on a woman’s body or sexuality is fucking disrespectful.

I also say this because as a woman, I have been victim to the disgusting affects of “bro talk.” I have been harassed by men following me down streets to get my attention. I have felt incredibly uncomfortable with groups of men staring at me and pointing my way at work and when I am simply trying to live my life. I say this, too, because I am a daughter of toxic masculinity and have been raised with an internal dialogue that tells me I am nothing more than a sex object for men to lust after, to sexually exploit. And I know I am not the only woman with similar experiences.

No, you can not have “men talk” or “bro talk” and still be a feminist- talk that centers around objectification of women, adultery/cheating, or general disrespect of females . You can’t tell your wife you love and respect her yet talk with your male friends about “how big that girl’s tits were” on the street yet still consider yourself a feminist. (YOU CAN’T HAVE A PRIVATE MALE-ONLY FACEBOOK PAGE POSTING NAKED PICTURES OF UNAWARE WOMEN AND CONSIDER YOURSELF A FEMINIST (read this article!!) )

This kind of culture breeds an idea of “otherness” between men and women. The idea that men will “always be men,” that “all men are pigs,” that all men want sex and only sex. Feminism and EQUALITY can not prosper in this kind of environment.

If something is to be said about a woman/girl that you wouldn’t want to say to your mother (situational depending, of course), then don’t say it. Don’t disrespect your wife, your daughters or future daughters, or any females you will know during your life. Make a brighter, safer future for women!!!